This day in 1820 welcomed into the world a woman whose single work, published near the end of her life, is beloved by children the world over. 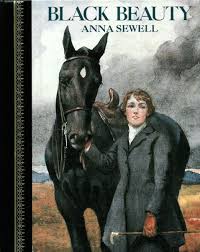 Anne Sewell wrote the book to speak out against cruelty to horses during her lifetime. Black Beauty, narrated by the namesake horse, speaks of mistreatment after mistreatment. Sewell showed incredible courage in speaking out against animal cruelty.

To write something of such profound social importance is a dream come true, but sadly Sewell never got to see the impact of her work as she died in 1878, shortly after Black Beauty was published. The book would go on to be made into a movie 3 times.

I can only hope to one day have such an impact on the world as Sewell did. I ask all of you, if you could write something that would have the kind of widespread success and impact as Sewell’s book, what would you speak out against? Hunger? Poverty? Corrupt politicians? Sound off in the comments my Gentle Readers. Until next time. Live well, Write well, Be well.

A lighthearted look at life on any given day

On publishing, clients, writing, and queries

A Heart for Heaven