A man of legend, Julius Ceasar, was stabbed on this day. The warning given to him by a soothsayer, “Beware the Ides of March”, still living on to this day. Ceasar was “Dictator for life” of the Roman empire when his hubris became too much for the senators of Rome. A plot was hatched and his protege, Marcus Brutus, was enlisted. When Ceasar entered the meeting hall that fateful day, he was accosted by some 60 senators wielding daggers. His story is told over and over, famously by Shakespeare in his play bearing the emperor’s name. I encourage everyone to beware the Ides of March today, though hopefully you don’t have 60 angry men with daggers calling for your death.

In 1972, Francis Ford Coppola’s The Godfather opened in theaters to a resounding success. Coppola had collaborated with the author, Mario Puzo, to create a movie portraying the times and life of Italian Americans, rather than focusing on the criminal and sometimes bloody aspect. Marlon Brando, who had become moody on set and seeing a decline in his Hollywood credit, gave a stellar performance as the patriarch of the Corleone family, Vito. His portrayal earned him a Best Actor award, which he declined to accept. Other greats turned out great performances such as Al Pacino, James Caan, Robert Duvall, and Diane Keaton. The Godfather remains one of my all time favorite movies. The sequel, especially with its scenes of old Italy and Vito’s young life, was also a huge success in my mind as well as commercially. 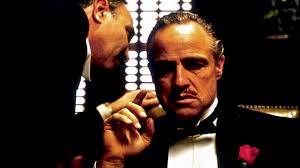 I think I am going to have to go watch the movie now. It is 3 hours well spent. So go make life an offer it cannot refuse today my Gentle Readers. Until next time. Live well, write well, be well.

Let me hear your thoughts my Gentle Readers... Cancel reply