Life of a Writer

Penning works of fiction or prose
So the life of a writer goes
Seeking out the darkest truth
Leftover from our own youth
But what we seek we don’t always find
For there are many corners within the mind
A treasure trove of ideas to pursue
Like blades of grass covered in morning dew
Snatch them quick and pen your verse
Lest you fall prey to the common curse
Oh I’ll get to this
I’ll write that later too
You just might miss
The Muse that favors you
Once it’s down, your fervor exhausted
Sharing brings its own troubles
Critics can make you feel assaulted
Self Doubt growing until it doubles
Then there comes the sunny day
When someone comes along to say

I have come to a realization in the last couple days. I am approaching a milestone in my professional life where I have held the EXACT same position/job title for the longest in my life. I started my professional career as an Internet Tech Support at the tender age of 17. While my role expanded to include server admin, webmaster, sales, and hardware repair/installation, I was only with the small company 2.5 years before I was laid off. 8 months later the company went under. My next job was a temp at a cold rolled steel plant performing quality auditing and maintaining records for ISO standards. I was there a year before I moved from Ohio to Wisconsin. I enjoyed the job, but I could not spend my entire life as a temp. They would not hire me on as a real employee and give me proper benefits, so I had to move on. I did some customer service at one of those big office complexes before landing a job with a national trucking company. I went from being the one that the drivers called for assistance, to dispatching the trucks during my 4 year tenure there. Again, a lay off ended that job. I have been with my current employer almost 6 years now. The first few years though, I bounced around a lot. I started on night shift, went into a pseudo leadership role on night shift, before coming to day shift in one region. I have been a lead dispatch in my current region since August of 2011. This marks the longest I have been settled anywhere in my entire life.

I don’t know exactly why I am writing this, but I am hoping that by putting it down it will stop swirling in my head so I can get back to my novella and novels I am working on. Or some poetry. I might have a few lines of verse hiding in the dark corners, waiting to come out and play. I do know that I am finding annoyance with many things in my current role. Doesn’t mean I am going to be changing jobs or anything, just that little things are starting to bother me a little and I am speaking out more about these items. Change is good, and my region that I cover needs some changes, needs to grow and become better. We have been mired in a rut for years before I came to the area and those mentalities need to change. I have been trying to influence where I can, but when you are not the sole person in charge, it takes longer than it should to modify the attitude and climate.

Anyway, I don’t think this is a post anyone will really care about, but I had to put it down to get it out of my head. Almost like the therapy of writing a journal. Keep fighting the fight friends.

So I joined a few new groups on Facebook for writers and one of them had a Monday Challenge Writing Prompt. You had 15 minutes to write something (short story/poem/whatever), less than 500 words. You were to use the following 8 words: pizza, summon, rigid, rose, evaluate, shallow, cap, beg.

I rose from my slumber
Rigid joints crack as I walk
What to eat, I ponder
I calmly evaluate my options
The shallow cupboard holds little
An idea strikes me in the head
I grab my phone elated
Using it to summon pizza on the double
Impatiently I await the delivery
I beg time to fly
The man arrives and doffs his cap
I pay him quickly and that is that
I eat it all in ten minutes flat

I look forward to more of these prompts. It was fun.

It isn’t much to look at right now, but I have a teaser video for my book, as well as an image and link to this blog coming. Just seems to take awhile for Amazon to approve anything. Anyway, I just had to throw this out there because I was excited.

Need to keep this close myself I think.

Good tips in here. I haven’t done any beta reading, but I have done a few reviews for writers I have met since I started my own journey into the published world. 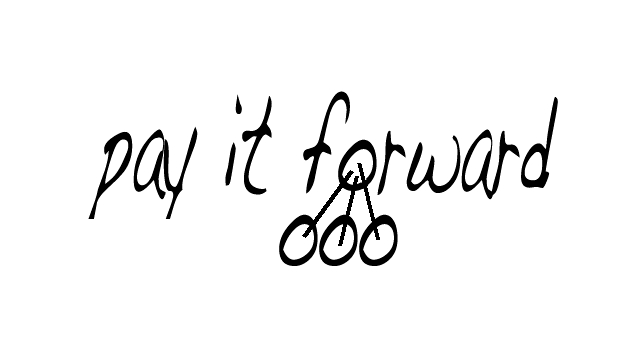 There are many ways an author can Pay it Forward to the writing community. The regular followers of this blog know I like to but books from fellow self-published authors and promote those I’ve most enjoyed via my Recommended Reads. This is a great way of giving something back to those who’ve supported you as a writer, either directly or indirectly, but I understand it can be cost prohibitive to some. However, there is another way authors can support authors, and that’s through beta reading.

The more eagle-eyed of you will have spotted I’ve not posted a new recommendation recently. This isn’t because I’ve been slacking with my reading but because I’ve taken the opportunity while my current WIP is resting to beta read for a couple of authors.

What is beta reading? This woman deserves an award. This is what America and helping your fellow humans should be about. Can’t hit like enough on this one.

Ashley Jiron, is the owner of P.B. Jams in Warr Acres in Oklahoma. She noticed someone had been looking through her bins for food and decided to post a lovely note on her diner window inviting them in for a free meal.

A customer called Greg King noticed the message and posted a picture of it on his Instagram page with the hashtag #thatswhatlovelookslike – within a couple of days it had been shared thousands of times on social media.

Ashley told Channel 4 News that she hadn’t expected it to receive such a huge response and was just trying to do the right thing.

‘Last week, I had noticed some bags, when I had taken out the trash, were torn open and some of the food was taken out,’

‘That really, it hurt me that someone had…

Looking for help from all my blogger friends out there. I am looking for people willing to read my book and post honest reviews to Amazon/Goodreads/Their Blog. Wherever, especially Amazon. I am planning some advertising in the next few months and want to try and get some more opinions out there that are more current than the two reviews I currently have. If you are interested just email me at andrewmferrell@gmail.com with what format you need it in. I can either gift you an ebook for your Kindle direct from Amazon, or I can try my hand at converting it into Epub/Mobi. So far the program I have has been non-cooperative. I do have a PDF copy available if that works for you. Thank you all for your support and encouragement. Any reblogs or sharing of this post would have my never ending gratitude.

Sometimes I hear a song or a comment and my muse decides, “Hey buddy, you are going to write about this whether you want to or not.” Thankfully, what I consider some of my best work is because of this.

Who would regret the Life half-lived?
Would you know what you missed?
The things you could see
The person you could be
The tastes you didn’t try
Experiences let pass by
All the people you could meet
If only you would stop and greet
Each day as if it was your last

I have had many many positive experiences discovering blogs since I joined WordPress a year ago. This morning I had to unfollow a blog for the first time. I consider myself very open to criticism, as I know that none of us are perfect. However, a nerve was touched when this person said that American poetry was dead. I did some looking around on their blog and from what I can tell this person has never lived in the United States. I have read many wonderful works of wordsmithery (I am sure that is not a word, but I heard it somewhere and think it is fitting) on other blogs and I think this person just has no clue. You cannot judge the heart and soul of a country’s literary works by the loudest voices. You have to listen for the small still voice that is closest to the heartbeat. I have read and met many wonderful people on here from America and other countries. I hope you will forgive me for this little bit of pride in my country. Anyway, I ended up writing something poetic about it. Enjoy my friends.

The 2023 Writing Workshop of Chicago